When the involute gear is driven, the contact points of the teeth in the gear will always move sequentially on the meshing line. A series of studies have shown that when the gear is driven, the position of the meshing point is constantly changing, so the speed generated by the sliding between the tooth profiles on the meshing line will be different. The starting point and end point of the meshing are the largest, and the sliding speed of the tangent point of the pitch circle is zero. In addition, the magnitude and direction of the sliding speed will also change. For these reasons, the friction force will definitely change, resulting in pitch impulse. There is a direct and close relationship between the sliding speed of friction and the pitch line impulse. Therefore, as the gear transmission power increases, the gear friction will gradually weaken, and the pulsating impact will gradually increase. There is no way to prevent the pulsating impact when the gear teeth mesh, which will inevitably cause the gear to vibrate and generate noise. 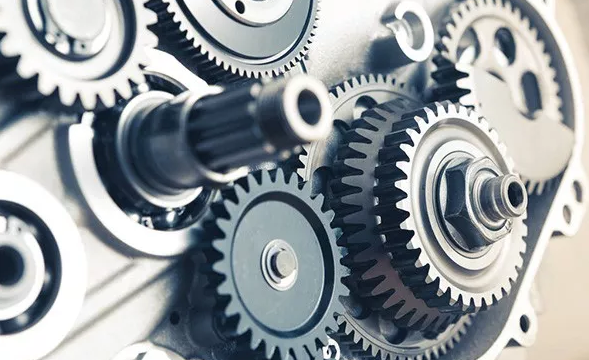 When a pair of gears mesh, the gear teeth will be subjected to force, which will definitely cause impact deformation in this process. However, after meshing with a new gear tooth, the meshing load of the previous gear tooth will be reduced to a certain extent, so that the part of the gear deformed by the impact will return to its original shape, giving the gear body a tangential acceleration. At the same time, since the previous gear tooth changes its original shape after meshing, the new gear tooth cannot smoothly contact the theoretical tooth profile when meshing, resulting in a collision phenomenon, and finally a meshing impulse. When the gear is affected by the impact force, it will definitely produce a variety of vibrations such as axial, radial, and circumferential, so it is noisy.
Prev:no more
Next:How do transmission gears control noise?